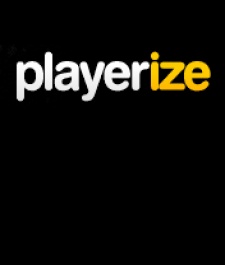 January 5th, 2012 - 03:13pm
By Keith Andrew
Vancover-based Playerize  a company set up with the intention of driving players towards games  has announced it's closed its first funding round, securing a total of $1 million.

The platform, which is billed by the firm as the "Google AdWords of game advertising", pushes free-to-play mobile and Facebook games at what it believes are relevant consumers by advertising the app in appropriate spaces.

The idea is to cut out the noise by pushing apps at specific consumers rather than advertising en masse - a strategy designed to unite users with games they'll love.

"For example, if a game studio creates a puppy themed game, we would place a display ad on a puppy related website to drive players to the game."

Studios that utilise Playerize can also track how campaigns are progressing via the platform's real-time dashboard, with the firm also producing the creative itself should the developer in question lack an in-house ad department.

Pitched specifically at free-to-play mobile or social titles, Playerize claims the $1 million will be used to reach out to more studios, expand both its sales and development teams and secure more sources of traffic for its ads.

The company also has plans to work on its beta email service, which is designed to keep players engaged with the titles pushed in their direction.