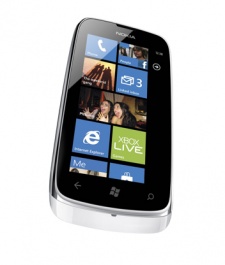 March 6th, 2012 - 03:22pm
By Keith Andrew
Nokia has raised the prospect of launching sub 100 Windows Phone handsets in the near future, after market units VP Niklas Savander claimed the Lumia 610 is simply not cheap enough.

Speaking to Pocket-lint, Savander said Nokia is looking to take on Android at the budget end of the smartphone sector.

As such, the 189 Lumia 610  recently unveiled at Mobile World Congress in Barcelona  isn't the device to take on low-end Android handsets, many of which retail below 100. For that, Nokia will need to launch even cheaper devices.

"We have a lot riding on the fact that we need to get a lower price point," said Savander.

"We are competing with Android. Android is in many markets at the 100 price already, so that would suggest that if we are at 189 with the Lumia 610 we still have work to do when it comes to creating a lower-end first-time user smartphone."

This is the first time Nokia has actively named its target market with the Lumia range, with previous comments by CEO Stephen Elop making reference instead to consumers making their first smartphone purchase.

Indeed, Savander notes that, traditionally, this was a market Nokia had pinned down, though the screws may now be coming loose.

"Symbian is doing a very good job in capturing that first-time smartphone user, but the platform is, of course, ageing," he added.

"And the functionality isn't evolving as rapidly as it should, so we need to continue to push the price of handsets down when it comes to the low-end."

Mobile World Congress also saw Nokia make public an intention to target the Chinese market in a move to spread its base, though HTC will actually be the first Windows Phone OEM to launch a device in the region.