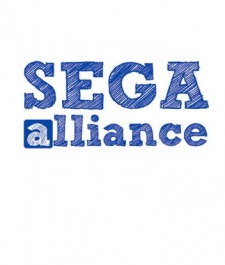 While Owlchemy Labs 'chief scientist' Alex Schwartz claims to be "very excited about being the first developer to partner with Sega Alliance", the studio's stance on working with publishers appears to have changed somewhat.

Speaking as recently as May 2012, Schwartz told PocketGamer.biz that his studio was looking to avoid platforms that required publisher support.

"We just wanted to get on platforms that didn't require publishers, and that's where we are," Schwartz said in an interview.

However, the change of heart will ensure Lumber Jack's release is accompanied by a level of marketing support that Owlchemy Labs would have been unable to muster alone.

"We'll be able to introduce Jack Lumber to a much wider audience than we'd originally hoped thanks to the resources provided by Sega Alliance," he added.

"Working with Sega has been the opposite of dealing with a lumbering bureaucracy. We just focused on making a great game," Schwartz said.

The move follows the release of parent company Sega Sammy's financial results for Q3, with the company highlighting a desire to break away from a dependence on packaged goods.

"Sega has been a major player in the mobile games landscape for years and we've had tremendous success bringing our iconic franchises to smartphones and tablets," said Sega's VP of digital business Chris Olson.

"With Sega Alliance, we're looking forward to sharing that success with talented developers like Owlchemy Labs by introducing new and unique games, such as Jack Lumber, to the market."