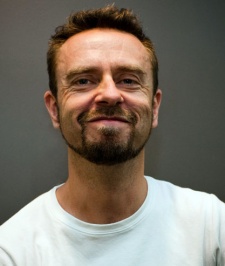 October 10th, 2012 - 06:25pm
By Jon Jordan, Contributing Editor
"How can I have fun playing this game in Winnipeg during the launch week?"

It's not the question many game designers ask, but that was the starting point for Pete Hawley of Red Robot Labs, when he was thinking about its location-based game Life is Crime.

The question wasn't just about Winnipeg of course, but about how you launch a game that might only have 1,000 players spread across a country as large as the Canada, at least in the early days.

Life is Crime didn't stay at that level for long, however. Launching on Android in 2011 and iOS in early 2012, it's since been downloaded over 4 million times.

"We now have hundreds of people fighting over our local Starbucks," Hawley said.

Yet some surprises have been thrown up.

A bank in the small town of Ridgecrest, California is the most 'robbed' in the game - over 25,000 times. This is something that's likely to continue as the more times a bank is robbed, the more rewards you get for robbing it.

While one wealthy individual in Manhattan flew his helicopter over the city just to regain control over a location he had lost.

The biggest change in the game, however, was when the gang mechanic was introduced, enabling social interactions, which massively increased usage and concentrated national characteristics.

This also highlighted some regional differences between players.

For example, while the US accounts for 85 percent of Life is Crime players, UK and Hong Kong players are more likely to join gangs, and are much more aggressive in terms of how they play the game.

There are also more 40 level players (the current maximum) in Hong Kong than there are in the US.

"Hong Kong players are 6 to 7 time more aggressive than US players," Hawley explained.

The result is that Red Robot is now very focused on geo-psychology in terms of how it deals with - and optimise - different play patterns in different countries. Reply
Leandrew Alive
of course they would say that considering the HK players didnt have to sit out and wait for a level cap raise.so most US players quit the game and they lost alot of good ones by doing it.
also we US players have been playing this game for over a year and have seen so many changes of the game that we can all agree its a thumbs down and no progress moving foward.
and also the HK players have yet to feel the wrath of the Red Robot yet.that money machine will eventually bite them in the arse.
also they change staff more than babies with dirty diapers and on another note "WE ARE MONSTERS AND WILL DOMINATE" have a good day with this irrelavent post of garbage.post something up on how RRL likes to screw people out of money.last gang competition perfect example
Posted 9 years, 1 month ago Reply
Darryl James
you are dumb! your article is dumb. rrl is dumb. seriously. you capped off US players at 25 for a long time, then at 30 for a long time, now forever at 40. You have never given any incentive to keep wanting to try. many have started alts so they have something to do with the game. The game has been dl so many times because people need R2! i dont need to use proper grammer capitalization and whatnot just because if you wanna eff us over like you have been then call us out on everything eff you. When was the last time HK won a comp that involved the world, or even top 10? These HK people couldnt compete with the US if they wanted too no matter how much RRL tries to bring us down.
Posted 9 years, 1 month ago