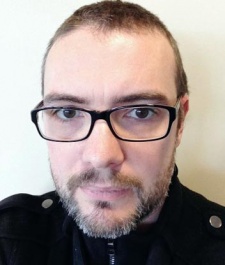 US studio Red Robot Labs is a pioneer in location-based mobile gaming.

Its latest launch is even more ambitious, however.

Called First for Gamers, it's grown out of the live chat and community layer Red Robot has been using in games such as Life is Crime and Friendly Fire.

The latest step has been releasing standalone apps for iOS and Android so gamers can build communities around all types of games.

We caught up with Red Robot's GM of content and publishing John Davison to find out more.

Pocket Gamer: As if making location-based games wasn't hard enough, why do you want to roll your own social network?

John Davison: It's a huge opportunity in the mobile space. Gamers are used to using live chat on their phones, and increasingly the best content is sourced directly from the community. Gamers are sharing content on YouTube, they're livestreaming on Twitch, posting images on Tumblr and connecting wherever they can.

Our goal is to capture this fragmented traffic and put it in one place where everyone knows they're in an environment full of gamers. This in turn will give them opportunities to share and recommend games to one another.

With the digital app stores (not just mobile) increasingly chart-based, it's increasingly frustrating to discover new and interesting content. An algorithm is one thing, but conversation among like-minded people is another.

Something else that's important to us; we noticed with our earlier games (Life is Crime and Life is Magic) that the audiences were turning to other chat applications to communicate when not in the game, and this fragmented the audience.

Location gaming was always about uniting game communities in the real world, but this was a frustration point for us.

Won't it be very hard to build a general gaming audience via a mobile app though?

Gamers play across all platforms, and the idea of segregating PC and console gamers from mobile gamers is an antiquated and prehistoric notion. Call of Duty players also play Clash of Clans, while Puzzle & Dragons players also play Pokémon.

The unifying element is that pretty much everyone has a smartphone with them at all times.

It's always in their pocket, always charged, and always allows them to be connected.

How do you expect to compete with the general social networks - Facebook, Twitter, Kakao - as well as specialist games-focused communities - IGN, Twitch etc?

The general social networks are extremely broad, and don't allow for the depth of conversation and the kind of passion that a vertical social network can provide. The mission of First for Gamers is to connect like-minded gamers on a service that lives on a device that they have with them all the time.

First for Gamers isn't a media product. We produce some content, but it is all audience and community-focused. Big game sites have thriving communities - in fact more than half the traffic of many established sites goes straight to their forums rather than to the content.

The problem is that forum tech is web-focused, old-school, and doesn't always work particularly well on mobile screens.

Do you think this has the potential to be spun out of Red Robot?

First is part of the core platform strategy that Red Robot has been committed to since our inception. We are big believers in the power of audience and community in games, as well as the passion that gamers have for games.

First is the extension of those beliefs and is significant piece of our longer term strategy. There are no plans to spin off First, now or in the future, but anything can happen.

Do you have any public usage figures?

It's too early yet, but the level of engagement has been extremely encouraging.

Is there any way you can incentivize players to download and use First - at least in terms of the games that are already using it?

There are a lot of opportunities. For example, with Friendly Fire we incentivize with an attack bonus that gives players a boost for signing up.

Moving forward we think there's a lot of opportunity for engaging players directly; both for providing in-game perks, but also sharing media, previewing new content, and communicating directly with player base while also providing exposure to other gamers.

You can download First for Gamers via the App Store [iTunes link] or Google Play [link].