Kickstarter officially open for business in the UK 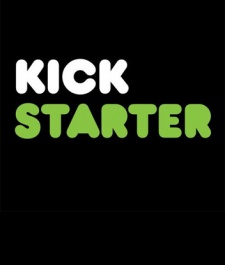 October 11th, 2012 - 12:56pm
By James Nouch, Staff Writer
Crowdfunding platform Kickstarter is now accepting UK-based projects for the first time, the first of which will be launched on 31 October.

The tool has previously been used to fund multiple projects by the likes of Double Fine, Revolution Software and War Balloon, enabling developers to get games off the ground without the support of a publisher.

Previously, however, only projects based in the US in some shape or form could use the platform.

Now the tool is open to UK studios, too, with pledges able to be sourced from all over the globe.

It's all kicking off

Those setting up Kickstarters ready for day one in the UK have three weeks to tweak and tinker with their project pages before launch.

The advantages for those making the leap, many Kickstarter devs say, are clear.

Revolution CEO Charles Cecil, for instance, told us that crowdfunding success would enable his studio to control "the schedule, the budget and the creative side" of Broken Sword: The Serpent's Curse, without having to deliver milestone deliverables, "which, in practice, are hard to keep without compromising the game."

It's a system that Pocket Gamer editor in chief Kristan Reed believes has "shifted the balance of power between publisher and developer  possibly forever."

However, when Pocket Gamer deputy editor Mark Brown spoke to a number of developers who've enjoyed crowdfunding success, they were all keen to stress that Kickstarter is far from an easy option.

"You shouldn't enter into Kickstarter lightly: only do it if you absolutely need to," concluded Cipher Prime's William Stallwood.