It's a cross-platform world now 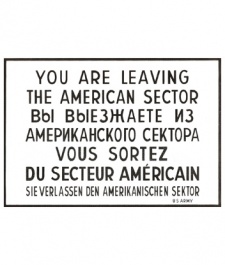 March 21st, 2013 - 04:30pm
By Jon Jordan, Contributing Editor
There are plenty of mobile game clusters around the world: San Francisco, Helsinki and Stockholm are some the best known in the west.

But the reason isn't just because there are a lot of mobile games developers there.

These locations also have companies who can offer associated services, ranging from finance and funding to technical support, community-building, human resources, PR and marketing etc, not to mention a high quality of life for employees.

Like London, Berlin is a large European capital city, which is perhaps why it can't be classed as a cluster.

All manner of businesses and start ups operate in such cities, so games companies who are there are part of a wider commercial base, rather than being a key sector.

Nevertheless, a short trip to Berlin to see some of its companies does offer the opportunity to see how the German games industry is reacting to the rise of mobile.

Historically very strong in PC and browser gaming, companies like GameDuell are now aggressively taking their games cross-platform. We spoke to CEO Kai Bolik about the challenges and opportunities the casual web publisher's facing.

It's an expensive approach, but one that's already demonstrating success.

Berlin's not just about hundred-strong publishers though.

Small start-up SlipShift is going for the best of both worlds, developing casual mobile experiences alongside hardcore browser games. It's all about being open to all parts of the games industry, explains CEO Philipp Willers.

There are opportunities for service companies too.

One such is GameGenetics. It's a distribution or user acquisition channel. It works closely with the big browser and PC online publishers like Nexon, BigPoint, Wargaming.net, Gameforge, Ubisoft and Aeria.

As they start to release mobile games, it's shifting its business likewise, as CEO Alexander Piutti tells us.

And, of course, there are lots of other companies in Berlin. Maybe next time, we'll get to visit the likes of Wooga, HitFox, SponsorPay, Trademob, and Exozet.

Reply
Aaron Ardiri
if any of these game companies want to support BlackBerry 10 - they are more than welcome to reach out to me! :) gaming is my forte and i even ported my own games very quickly, not to mention assisted a tonne of other developers. :)