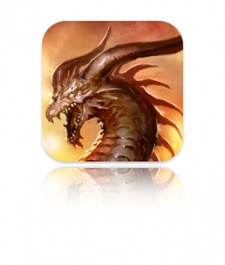 March 22nd, 2013 - 11:57am
By Keith Andrew
It was the card battler that, for many, was one of the first to cross the east-west divide on mobile, amassing half a million downloads a month outside of Japan back in August.

Now, DeNA is circulating an infographic amongst the press talking up Rage of Bahamut's first year on the market, with 10 million players tapping into the game worldwide.

Also of note is news that Rage of Bahamut has been the top grossing game on Google Play in the US for a total of 253 days so far, with 199 of those coming consecutively.

That's a marginally better performance than it has enjoyed on the App Store, where it has been a top 10 grossing game in the US for a total of 202 days.

The success of Cygames' card battler is also of note, given that it's evidence of how big Japanese games can be in the west.

Interestingly, its debut came at a time when DeNA rival GREE was spending much time and money instead trying to court (and indeed buy) western studios and western-themed titles to achieve the same aim.