Have you given us the thumbs-up? 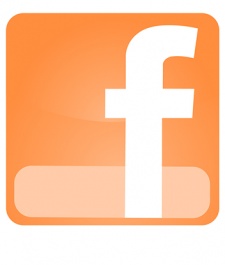 April 12th, 2013 - 12:51pm
By Peter Willington
As anyone who had attended one of Pocket Gamer's parties will know, we're the darlings of the social scene.

There isn't a swanky dinner or invite only soiree we haven't crashed over the course of the last 12 months.

If we're not there, then chances are, the party is square. It stands to reason, then, that our social star has also been rising as a result.

Indeed, not ones to avoid the opportunity to pat ourselves on the back, we can now announce that our Facebook page has just smashed through the mighty 1,000 'likes' mark.

That's not only a sign of our popularity, but also evidence that the social network can actually play host to interesting content and challenging discussion, rather than just pictures with motivational quotes slapped on.

In truth, we're not overly surprised that so many of you have decided to hop on board our social media ship.

By simply hitting our 'like' button, you can easily and conveniently keep up with the biggest stories and most insightful articles as they break across the site.

Plus, you can also partake in on the heated debates about those stories that spark off between some of the industry's leading lights.

In addition, editor-at-large Jon Jordan also has a habit of posting pictures from the industry's biggest events to capture the rare moments when CEOs of some of mobile's mightiest forces let their hair down.

Oh, and he also takes pictures of people's shoes.

If Facebook's not your thing, however, you could of course follow us on Twitter instead, which is itself now well past 6,000 followers. If you just can't get enough of us, you might like to do both, in fact.