Sony: No plans to launch PS Vita TV outside Asia

Looking to lead the way in Japan 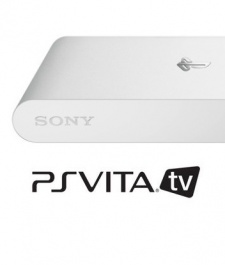 September 12th, 2013 - 01:24pm
By Keith Andrew
Despite the positive response its received from western developers, Sony has claimed it currently has no plans to release its recently unveiled microconsole PS Vita TV in any markets outside of Asia.

That's according to an interview with Sony Computer Entertainment president Andrew House published by Asian tech site Tech On.

The English translation of the interview doesn't quote House directly, but it does attribute the claim that Sony is "planning to sell the PS Vita TV in China, South Korea, etc, but not in the US and European market at this point" to the SCE president.

The news comes days after PS Vita TV's unveiling threatened to undermine existing microconsoles such as Ouya, with commentators also claiming Sony had stolen a march on Apple, itself expected to launch an app-equipped Apple TV shortly.

The device is based on the hardware behind Sony's handheld and enables gamers to take on PS Vita, PSP or original PlayStation games on their television. It's set to launch in Japan on 14 November.

Of course, the phrase "at this point" is open to interpretation, and there's been no statement from Sony ruling out a release for PS Vita TV in the west altogether. We've contacted Sony for clarification.

Reply
Fraser Ross MacInnes Product/Design Director at Danke Games
This is the first Playstation I've been excited to own for a long time, so I really hope the device does well enough in Asia to warrant a worldwide roll out. Given that cloud streaming of PS3 games has now been floated as a possibility, what's to say that a device like this couldn't scale to the entire PS library one day - including PS4. Unlikely given Sony's desire to shift units of its new box but with the Gaikai acquisition, the tech hurdle is surely already mostly sorted.
Posted 8 years, 9 months ago