Threes risks being 'lost in the underbrush of copycats', says co-creator Asher Vollmer

Dev issues 'letter to the rip-offs' 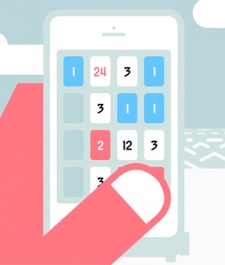 One of the creators of hit iOS puzzler Threeshas hit out at the legion of clones and rip offs that have flooded the App Store in recent weeks, claiming the whole experience has left him "sad".

Threes has met with critical acclaim since it was released as a paid game back in February.

However, in a blog post aimed at "the rip-offs", Asher Vollmer addresses the most vocal clones that have hit the marketplace, claiming that he knows "Threes is a better game".

"With [co-creator] Greg [Wohlwend] being part of the Ridiculous Fishing team, we're not shy about calling a clone a clone, and believe us, there's no shortage of straight-up clones out there, especially on Android," details Vollmer in the letter.

"But it's the not-really-clone sort of games, the rip-offs, that have popped up that have our feelings puzzled. We know how to deal with a clone, and likely, so do you."

Vollmer notes that, while some of the Threes clones - and, indeed, the clones of those clones  add new elements to play such as immovable stones, they only exist to ride on the back of Threes' success.

"It's all in good fun, at least we'd like to think so, but try as our logical brains might, we still got the same 'cloning feeling'," he continues.

"Especially when people called Threes, a game we poured over for nearly a year and a half, a clone of 2048. Others rifled off that they thought 2048 was a better game than Threes. That all stung pretty bad."

Vollmer offers no resolution to the current situation that surrounds Threes. He does, however, explain why cloning is such an issue for the studio.

"And it all happened so fast. Threes was cloned and beat to a different market within six days of release on iOS," adds Vollmer.

"The branching of all these ideas can happen so fast nowadays that it seems tiny games like Threes are destined to be lost in the underbrush of copycats, me-toos and iterators. This fast, speed-up of technological and creative advances is the lay of the land here.

"We do believe imitation is the greatest form of flattery, but ideally the imitation happens after we've had time to descend slowly from the peak - not the moment we plant the flag."

In response, Vollmer has used the letter to lay out the development process behind Threes stage by stage, showing everything from the inspiration behind the concept to how the team arrived at the final game.

This is arguably the first time that a developer has taken the step to release an entire cache of documents, amounting to 45,000 words, to ensure that the studio 'show its working' to as broad an audience as possible; an exhaustive demonstration of the 14 months of horse trading necessary to bring Threes to fruition.

Whether it will have any impact is questionable. Already, 2048 has picked up a lot of mainstream coverage and stolen Threes' thunder but this appears to mark the start of a clear fight back against that narrative.

How big is the cloning problem within the mobile games industry and what can be done about it?