Polfeldt tracks the rise of Scandinavia 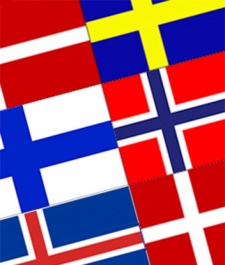 "What's the origin of the Nordic game industry, and is there a special method that's the same in all of the Nordic studios?” asked Massive Entertainment MD, David Polfeldt, during his opening keynote at this year’s Nordic Game.

Somewhat unconventionally, Polfeldt followed up his questioning by admitting that we shouldn't expect any concrete answers, because, in reality, there are none.

Instead, the key to understanding the modern Nordic game industry can be found by analysing the essence of the region. It's a cultural thing.

According to Polfeldt - who heads up the Ubisoft subsidiary in the Swedish city of Malmö - the Nordic games industry is built on a culture like no other. It is completely unique, and, more importantly, it breeds success.

A matter of history

“We learned to use good tools, we learned to think ahead, and we learned to only trust a person whose advice actually makes your conditions better,” explained Polfeldt. “We [have a history of] taking great designs and making them work.”

It's this history, this culture, that's helped Nordic developers stay in touch with what really matters, he detailed.

“In all of the Nordic countries there's a really strong tradition of storytelling, and of course, functional pragmatism plus storytelling equals great video games,” continued Polfeldt.

We have a history of taking great designs and making them work.

“Making games is a marathon, not a sprint. You have to pace yourself from the start and keep your core teams healthy.”

Bearing down on his second question, Polfeldt asked if developers in Scandinavia are making games in a more specific way? Is there a secret formula that drives the Nordic games industry? Of course, the answer was yes.

There are seven rules that all Nordic developers adhere too. Seven commandments that separate the best from the rest.

The Nordic industry’s strict focus on experience, consistency, quality, meritocracy, and mechanics, combined with an underdog mentality and complete dedication to the project, will ensure it remains the centre of attention.

“Ultimately,” concluded Polfeldt, “we are humble, and we work hard, but we also have an incredible amount of arrogance that makes us the best.”

“However, it's also struck me that roughly 30 percent of our staff are non-Nordic. So, while we sometimes call this the Scandinavian boom, maybe the real reason we’re so successful is because we're so open minded. We embrace people.”