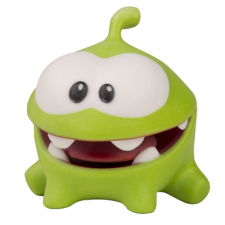 Ilja Laurs is one of the most successful entrepreneurs and venture investors in Lithuania. After selling GetJar, the largest independent app store, he founded Nextury Ventures and now invests into the most promising tech companies in the region across different spaces, from 3D printing to mind-reading and beyond.

Having sold free app store GetJar to the Chinese, founder Ilja Laurs has been keeping busy.

He's formed Nextury Ventures, an investment company, and got involved - both in terms of his time and money - in new 3D printing startup Toyze.

Or as Laurs describes it an 'app store for 3D printed customisable game characters'.

It's just launched its app on Google Play, with iOS to follow, which enables users to personalise game characters, both in terms of an online presence as well as printing out a 3D model.

Of course, in order to get any traction you need some game characters.

Hence Toyze is launching with support from the Cut the Rope  series.

Basically that means lots of options to customise Om Nom in terms of size, or with additional items like hats, glasses and horns, although as well as being the launch partner, Cut the Rope  developer ZeptoLab is also investing in the startup.

From online to physical

Consumer can either interact with the characters though the standalone app, or where developers do the work, directly from within supporting games.

Taking a game character as a starting point, one of Toyze's selling points is giving players the opportunity to customise via its integrated 3D editor.

The end product can then be shared via social media or users can buy a physical 3D model. Initially, this will be created and shipped to them, but the future plan is to enable those with 3D printers to directly print out their character.

""In the near future 3D printers will be ubiquitous, a home appliance allowing people to choose and print anything - from toys to jewelry - in a matter of minutes. Toyze's game characters marketplace is our first step towards that big vision," said Laurs.

"We invested, because just like ZeptoLab, many game developers will find that partnering with Toyze is a great way to provide brand extension and one more revenue stream," commented ZeptoLab's CEO Misha Lyalin.

You can find out more about Toyze via its website.