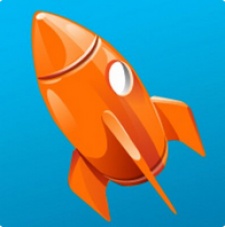 As a result of the all-cash deal, which was mainly funded by existing shareholders, BoosterMedia will gain roughly 6 million active monthly users. The firm will also gain control of brands such as Girlgames.com, Cookinggames.com and wordgames.com.

BoosterMedia intends to help the Hallpass network, which has grown by 50 percent over the past three years, expand further by bringing its brands to mobile devices.

Laurens Rutten, founder and CEO of BoosterMedia, has explained that the deal will bring about a trifecta of positive changes.

“We live in a multi-platform world and with this acquisition, BoosterMedia not only doubles its reach among casual gamers worldwide, but also gains strong web gaming brands that we plan to extend to smartphones as well as tablets," said Rutten.

“The benefits of this deal are three-fold. Our HTML5 game-developer community will now get access to a much larger audience; advertisers will be able to reach 12 million engaged casual gamers each month across multiple platforms; and our game-distribution partners will benefit from more and better titles.”

Rutten also believes that the deal is a significant stepping stone as BoosterMedia looks to become a world-leader in HTML5 gaming.

“Although headlines tend to focus on the demand for native apps, the arrival of more and more high quality HTML5 games is fuelling the growth of cross-platform web-based games," added Rutten.

"It is BoosterMedia’s intention to make sure we’re the world-leader in the rapidly developing HTML5 games space.”