Natalie Griffith on promoting your game while you're building it

Build it as they come 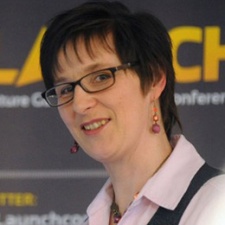 Natalie has worked in the games industry for over 20 years, spending the last 13 in PR. She established the PR and marketing team at Blitz Games Studios in 2000 and now owns her own PR agency dedicated to helping indie developers.

Natalie Griffith, founder of Press Space PR, took the floor at Pocket Gamer Connects London 2016 to talk about how to build a community while building your game, in order to attract interest early on.

"Essentially you need to communicate, you need to listen, and you need to act on what you're hearing," she began, three steps that make up a continuous cycle to build the community.

There is a worry that talking about the game too early may result in cloning, but Griffith said that developers such as Vlambeer have shown that showing the game early is helpful in cases when someone does try to rip off your game.

"If you build it, they may not necessarily come," she said, so you'll need to work hard on building the community across multiple channels, although if any of these channels stop being effective, it's best to just move on.

She also advised putting in good foundations early on, before you have too many followers that it becomes difficult to make changes within the community and your rules, as otherwise you can risk alienating your audience.

But getting your name out there is only the first step, and you'll need to listen to the community as well and engage with them, as no matter what you might think, "no comment is worthless."

That said, some comments may be inflammatory, and Griffth advised "not to feed the trolls" and to avoid over-reacting to the responses.

"Listening isn't passive," she warned, so you'll need to seek out specific feedback at times to see what might actually be useful to you so you can work out where to go with your game, although she said to be sure to remember that you're in control.