Action RPGs for all 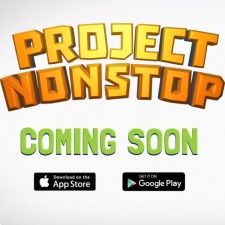 The six-strong Kopla Games was set up in 2015 by four former Rovio developers with the mission to "introduce action RPGs to everyone."

“What immediately struck us about Project Nonstop was its unique concept and the ease with which a player can jump into quick-fire play sessions," said flaregames CEO Klaas Kersting.

"Our mission now is to keep iterating on the game’s core mechanics and develop further innovative ways for the player to interact with the Knight from one day to the next.”

True to his firm's aforementioned mission statement, Kopla Games CEO Mika Kuusisto emphasised that Project Nonstop is a role-playing game that can appeal to anyone.

“There are many companies releasing action RPGs for mobile, yet there is a gap in the market for such an adventure that resonates with a much broader audience,” he said.

"We want to take the long life-time and good monetisation of action RPGs and create accessible gameplay experiences for all.”