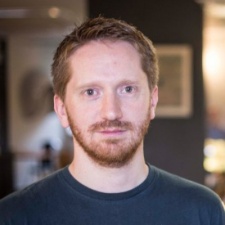 At Develop:Brighton 2016, Ian Masters, co-founder and Creative Director at QuizTix, gave a talk on the lessons he learned from thirteen years of indie development.

He also suggested saving money and being economical where possible, except when it comes to staff, where trying to save money can cost you more down the line if they turn out to not be up to the job.

Masters then moved on to optimising your work, and suggested making detailed plans, because there's always "an unlimited amount of work."

As well as this, he said that developers need to take regular breaks, and making sure you get the exact right amount of sleep for you, because as he said, "too much sleep is the same as too little sleep."

This is especially important when considering your own mental health, which can take a significant hit when making games as an indie due to the overwhelming nature of development.

But Masters was quick to point out that those with mental illness "are not alone", and can avoid having a breakdown by learning how their own brains work and how to respond to feelings.

He also suggested that developers regularly exercise, meditate to clear their heads, and learn to beat procrastination by breaking tasks down into small bites.

Skybolt Zack soars to victory at the Big Indie Pitch at Develop:Brighton 2018