Will remain as partners on future books and animation 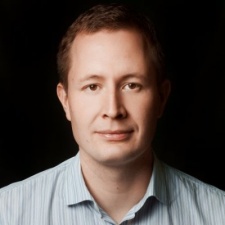 Rovio has sold its TV animation studio and book publishing business to its former CEO Mikael Hed as he sets up his new company Kaiken Entertainment.

Kaiken is a new entertainment and animation startup focused on video, film and apps. Its staff is comprised largely of former Rovio employees.

The startup will partner with Rovio on future Angry Birds entertainment products outside the scope of games. It will also act as the master licensee of the Angry Birds brand for book publishing.

The next big hit

"This team has been integral in building the hugely successful franchise around Angry Birds," said Mikael Hed, Executive Chair of Kaiken Entertainment.

"With this amazing team of experts and storytellers, we are thrilled to be pursuing the next big hit."

The sale is part of Rovio's restructuring of its animation division, which recently saw 35 jobs cut from the department. Its games and movies departments were unaffected by the cuts and changes.

Black Americans experiencing collective trauma, grief As the co-founder of the Chicago-based youth…