The studio will be led by Touko Tahkokallio and Serdar Soganci 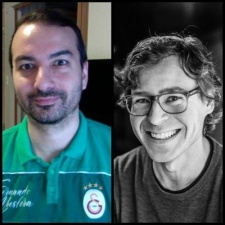 WIldlife Studios has announced the opening of Stellar Core games in Helsinki, Finland.

The studio will be fronted by Chief Creative Officer Touko Tahkokallio and studio director Serdar Soganci.

Tahkokallio is an industry veteran who previously worked as game lead on titles such as Brawl Stars and Clash Quest, as well as game designer for the popular titles Boom Beach and Hay Day.

“Wildlife Studios has offered us an opportunity of a lifetime,” said Tahkokallio. “In doing so, we will be laser-focused on creating games that we’ve been dreaming about for years. With the abundance of talent in Helsinki we are excited for the future of Stellar Core and what we will be creating together.”

Soganci first joined the games industry back in 2003 and since then has accrued a wealth of experience with a variety of studios, including a stint as Head of Studio at Rovio Entertainment. Prior to this, he acted as a lead game programmer at Digital Chocolate.

A company with vision

In a press release, Wildlife Studios state that “Stellar Core games will not be constrained to any particular genre and intend to explore different opportunities in the gaming space. They believe that the best future games should offer something fresh and new for players while leveraging the learnings from past games. Ultimately, they think games should be simple and offer as much depth as possible.”

Helsinki is a hub within the mobile games space, and is the home of studios such as Rovio and Supercell. Wildlife Studios' Stelar Core Games marks a rapid growth of new interest in the area, recently, Netflix opened a new mobile games studio in the city as part of its ongoing games strategy.

Earlier this year, we listed Wildlife as one of the top 50 mobile game makers of 2022 in our awards ceremony during Gamescom in Germany.