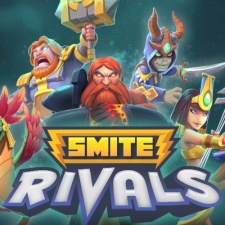 Hi-Rez Studios has halted development on its mobile title Smite Rivals to focus its development efforts on other games in the franchise.

According to Kotaku, the game was being developed by a third-party studio that has yet to be revealed. The team was pulled off the project on March 15th with no plans to continue development elsewhere.

"We made a decision this week to put Smite Rivals on hold. While we are still excited by the general concept of Smite Rivals, it was clear after early testing that the game needed significant additional development before releasing," said Hi-Rez Studios in a statement.

"With Smite Tactics, our turn-based strategy game set in the Smite Universe, performing well, we have decided to focus our energies on that for the time being."

Smite Rivals is a card-based MOBA take on the original Smite for mobile devices. It looked very similar to Supercell's Clash Royale, albeit with an additional lane for players to send minions down.

The move to halt the game's development has come from seemingly nowhere. Its Lead Designer Brian Grayson was overwhelmingly positive about it when we spoke to him in January 2017, and the open beta is still accepting applications.