Why producers suck and what they can do to be better 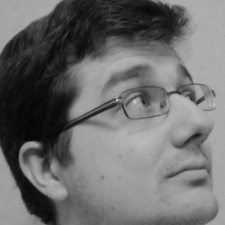 At Game Industry Conference 2017, Lukasz Hacura, CEO of Anshar Studios, gave a talk on why producers "suck" and how they can do better.

He started by suggesting that developers believe producers "do nothing", and stereotype them into specific roles.

The first of these roles is a "forward producer", who doesn't add value to a team and instead just forwards everything on to other members of the team.

To avoid this, Hacura recommends either contributing to the work or completely removing themselves from the equation, and making sure clients get to the right member of the team for feedback, for example.

Next up was the "spreadsheet producer", who only focuses on the tool or organisational technique and not the actual people that it's going to affect.

"Excel is very patient", he joked, adding that using tools without context and knowing what kind of people you're working with, the team will likely turn on you.

Hacura then turned to the "specialist producer" – producers who used to be developers. He suggested these kinds of producers need to use their knowledge for understanding a problem, rather than leaning in to solve it.

There are also "Nazi producers", "creative producers", and "CEO producers", all of which use their role to tell developers what they should be doing, rather than talking it over and working with the team to make a better game.

Hacura then turned to what producers should actually do, saying "25% of a producer's job is to make the sheep go in the right direction."

The rest of their job is to fix problems as they arise, whether that be a developer falling ill, the electricity in the building going off, or a lack of pizza.