Thoughtfish after €10,000 to make game a reality 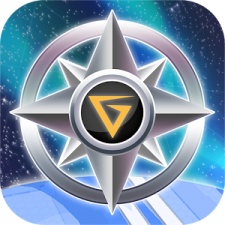 Former Big Indie Pitch contestant Thoughtfish has launched a crowdfunding campaign on Kickstarter to raise €10,000 for a physical card game based on its mobile title Fightlings.

The physical card game is a hybrid of pair-matching gaming with modern deck building and card battler mechanics.

The basic boxed game that backers will receive is set to include two full decks, 70+ punched cardboard tokens, four wild cards and a rulebook.

Should Thoughtfish successfully reach its funding goal the game will be launched in June 2018.

The mobile version of the title, currently in soft launch, uses some of the same mechanics but also adds location-based features into the mix that makes it more akin to a mashup of Pokemon GO and a CCG.

Whilst walking, players can collect resources and creatures that they can then battle other players with. The game was submitted as a participant in the Big Indie Pitch in Los Angeles earlier this year during E3.

The mobile title is expected to be released in further territories over the coming months.

Kickstarter to launch in Japan on September 13th