Ark: Survival Evolved set to touch down on mobile as a free-to-play title this spring 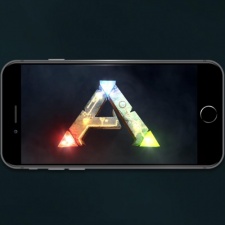 Ark Mobile will be developed by War Drum Studios, which has previously worked on Rockstar’s Grand Theft Auto and Bully mobile ports, as a free-to-play game.

It will feature a single-player option alongside the studio’s better known online multiplayer survival mode.

A closed beta for the game is launching on iOS today.

At first glance it appears Ark Mobile will stay faithful to the PC and console versions of the game, offering Ark’s familiar levelling, crafting and building systems.

Players will also be able to construct weapons and clothes alongside grand-scale bases to best survive against the 80 different types of creatures that inhabit Ark’s world.

Ark’s tribe system also joins the port with servers that can currently support up to 50 players. The game mode will allow survivors to buddy up to establish a stronghold and take down opponents.