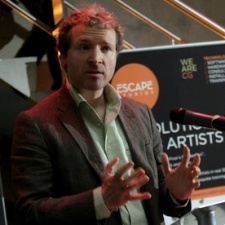 UK games trade body TIGA has called on the government to improve access to global trade shows for the country's developers and publishers.

Specifically it wants better access for games companies to Trade Access Programme funding, which supports businesses in attending such events.

TIGA said that TAP funding however is “often insufficient or inaccessible" to games companies in the UK and urged better government support.

It said that the UK games industry is export-focused, with 68 per cent of TIGA members’ turnover coming from exports, meaning the sector could benefit greatly from better exposure.

On top of this, TIGA has also renewed its calls to the government to retain and even improve video games tax relief, ensure the sector has access to highly-skilled workers from the EU and EEA, and the introduction of a Games Investment Fund to make grants and loans available to companies.

“We look forward to the publication of the Government’s Export Strategy,” said TIGA CEO Richard Wilson.

“It is important that businesses have the support and advice to ensure they can take full advantage of established and emerging markets across the world.

“Increasing exports requires a cross-Government effort. The Home Office needs to look carefully at the future of immigration, while at the same time we will work with the Treasury to improve and retain the VGTR, and continue our campaign to introduce a Games Investment Fund.

“The video games industry is extremely export-focused and we are looking to build upon our strong track record.”

It should be noted that UK games developers are often represented around the world at various games events already.

UKIE regularly hosts exhibition and meeting space at shows such as GDC and Gamescom for studios, often with support from UK Trade & Investment.