The combined total is a 28 per cent year-on-year increase from last years $26.9 billion 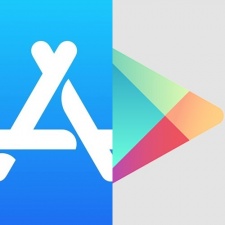 The iOS App Store and Google Play hit a combined $34 billion in revenues for the first half of 2018.

According to market intelligence firm Sensor Tower, the figure represents a 27.8 per cent year-on-year increase from the $26.9 billion made in the first half of last year.

Player spending in mobile games grew 19.1 per cent in the first half of 2018 to roughly $26.6 billion worldwide on the App Store and Google Play, which represents about 78 per cent of the total spent.

On the App Store, player-spend on mobile games generated $16.3 billion for the first two quarters of this year, which is a growth of 15.1 per cent year-over-year.

Concerning downloads, Google Play racked up 15 billion for this year so far, which represents a 10.3 per cent growth year-on-year.

The App Store saw slightly more growth with a 14.1 per cent growth but its base downloads were lower at 4.5 billion downloads.

Tencent’s PUBG Mobile, Voodoo’s Helix Jumo and Kiloo’s Subway Surfers brought in the most downloads across both stores.