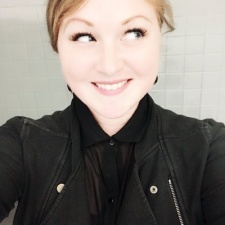 Ex-Telltale Games staffer Emily Grace Buck has accused the company of gambling with the livelihoods of its employees.

Speaking at Sweden Game Conference, as reported by GamesIndustry.biz , the former Telltale narrative designer gave a post-mortem about the studio's implosion, saying that developers need protections, especially in the US where utilities such as healthcare are governed by someone's job.

"How do we start holding leadership accountable to the people who work for their company?" she said.

"How do we convince them to stop gambling with our livelihoods in an attempt to get more funding? Because quite frankly... at Telltale that's kind of what happened. Those weren't done deals. It was always possible that they could fall through. That's how deals work.

"So I'm not going to say this is the only answer, or even necessarily the best answer, but especially in the United States, where your work is tied to your healthcare, I think we need to have a really serious conversation about potentially starting a union."

She continued: "Something needs to shift in the way that companies in the US are treating their workers.

"I mean not just in games, but definitely in games."

Our sister-site PCGamesInsider.Biz has the full story.