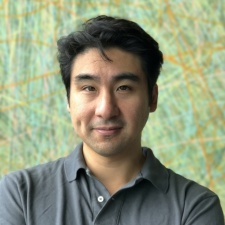 The title was developed by Helsinki-based indie studio Two Men and a Dog, and has been played by over 55 million players to date.

DECA itself focuses on keeping games running for the long-term. The company plans to continue releasing updates and expansions to Zombie Catchers, providing ongoing support and promotion for the 2014 title.

Following the deal, Two Men and a Dog will move onto developing new games.

“We are thrilled to continue the development of this beloved game and bring DECA’s player-focused brand of live operations to Zombie Catchers’ fans,” said founder Ken Go (pictured, main).

“This game is a great fit for us. Despite being over four years old, millions of new players still download it each month.

“Our goal is to continue development with the same passion as its creators and to create an even more rewarding experience by adding more depth and breadth with more frequent updates of content and features.”

Two Men and a Dog CEO and co-founder Matti Kallonen added: “After the successful run of Zombie Catchers, we wanted to shift our focus to creating new games, however, our fans were craving further expansions.

“We talked with DECA and immediately saw that they would be an ideal partner to take the game forward. With DECA, we have no doubt that Zombie Catchers will continue successfully for another decade.”