Ken Go, CEO of DECA, on the company's journey – from acquisition by Embracer to its own acquisition of multiple development studios and games 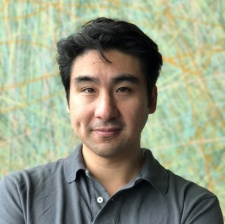 It's near-impossible to go a week without a company either being acquired, sold, or split apart in the games industry.

So, to shed a little light on what goes on behind the scenes, during the M&A process PocketGamer.biz sat down with Ken Go, CEO of DECA Games, to discuss the company's journey, from getting acquired to creating and accelerating their own acquisition strategy.

DECA Games was acquired by Embracer in August 2020 and has since acquired 10 standalone game assets and four development studios. Its most recent acquisitions include Crazylabs, the Jufeng Studio from Gaea Interactive and eight game assets including Kingdoms of Camelot, Castle Age, and KillShot Bravo.

PocketGamer.biz: DECA joined the Embracer Group not too long ago. What was the rationale behind joining them and how have things changed since joining?

Ken Go: We had tremendous success with the initial games we took over from Kabam and GREE and saw a number of other bigger companies following in our footsteps. We were confident in our capabilities and realised we were continually constrained by capital and visibility into the market. We decided that a partner could help us better realise our growing ambitions. We had built the company without outside investment because we cherished being independent and wanted to avoid financial investors who were only focused on hockey stick type growth.

We decided that a partner could help us better realise our growing ambitions.

After I was introduced to Lars Wingefors, the CEO of Embracer, and heard about his philosophy for a decentralised group of autonomous studios, I was really intrigued. I believed that this could be the best of both worlds where I could get the backing of a bigger company with more resources, a network of like-minded entrepreneurs to collaborate with all while maintaining my autonomy and my company’s culture.

How has the company changed under new ownership?

With Embracer’s support, we have grown rapidly. We’ve accelerated our live ops business, where we buy other developers’ games and put our own team to work on its live operations and continued development. This is still the core of our business and in the last 18 months, we’ve doubled the number of games in our live ops portfolio. We are now operating more than 20 games.

We also have started building a mobile ecosystem within Embracer to bring in high-quality development studios and publishers into the group. In the last year, we’ve joined forces with four amazing studios that include A Thinking Ape, IUGO, Crazylabs, and the Jufeng Studio that spun out of Gaea Interactive.

We grew from 80 people in our live ops business at the time of our acquisition to more than 230 and now more than 730 people including the studios. With Embracer’s support, we can be more ambitious and do deals that were well out of our reach as a standalone bootstrapped startup.

DECA has a unique focus on acquiring game assets, why would a developer sell their game to DECA?

The one obvious reason companies sell their games is financial. Developers can fund new development by selling their older assets. There are so many live games that slowly decline over the years, usually because studios either have newer projects, have limited resources, or have shifted focus. This can create negative sentiment and ill will from the player base toward the developer and tarnish your brand.

So by selling their games to a good partner, they can avoid tarnishing their reputation while receiving money and freeing up resources. The majority of our deals do not include taking a team with the game. But we are flexible and work with our partners to determine what is the best approach to a deal.

What differentiates DECA from other companies acquiring game assets?

We have partnered with and transitioned games from the likes of Kabam, GREE, Hasbro, and Wargaming. They’ve all trusted us with their players and brands because of our expertise in live operations and because we have a great reputation for taking care of our players and communities. People also like to work with us because the process is efficient and simple.

We’ve done so many transitions now that we can predict all the potential issues ahead of time and avoid them. We have also been a remote team from inception, which means we are used to working across borders, time zones, and cultures. We have people working in 26 countries now which gives us a big advantage in the age of restricted travel.

We have partnered with and transitioned games from the likes of Kabam, GREE, Hasbro, and Wargaming

Tell us about the additional M&A to acquire mobile developers and publishers. What is the rationale behind this?

When we joined Embracer, they didn’t have any other mobile studios. They saw DECA as a step into mobile and I was very excited to help develop a mobile ecosystem together with them. Almost immediately after we joined Embracer, other entrepreneurs and studios started reaching out to me to understand my thinking and reasons for joining. Most people didn’t know much about Embracer or what they were about. The concept of joining and constructing an alliance of entrepreneurs and studios that can support each other and learn from each other has really resonated.

On top of that, Embracer’s hands-off approach meant that they could maintain their autonomy and get the security and backing of a bigger parent at the same time. Everyone involved sees the opportunity to continue to build something up versus seeing the acquisition as an exit or an ending.

How has the progress been in this effort?

The recent studio acquisitions have been about joining forces with some of the strongest leaders in the industry who believe in this vision of a mobile ecosystem where the sum of the parts combines into something formidable and more powerful together.

Fast forward to today and Embracer is the largest public gaming company in Europe by market capitalisation. And mobile has gone from 0 per cent to 30 per cent of revenues in the last announced quarter.

Your most recent acquisition was the Jufeng Studio in China. How will this acquisition benefit you?

With the acquisition, we added a team of over 50 people in Beijing that has expertise in live operations for western audiences. By combining forces, we added a number of legendary game franchises to our portfolio and a strong team that adds the capacity to take on new game projects, and expertise that will help us expand our reach into Asia.

As part of the deal, Gaea’s President, An An, joined our team and will lead our M&A efforts in Asia going forward.

If you can’t see yourself working with someone for life, then don’t work with them for a day

Get to know the partner on the other side of the table before you decide to join forces or sell something that you really value to them. The financial side is only one part of the equation. There is a famous quote that says, “If you can’t see yourself working with someone for life, then don’t work with them for a day.”

Should we expect further acquisitions from DECA in the future?

Yes, DECA will continue to add more live games of all genres to our portfolio and are always looking for games with a solid audience. We are also continually in conversations with developers and publishers looking to be a part of Embracer’s mobile ecosystem.