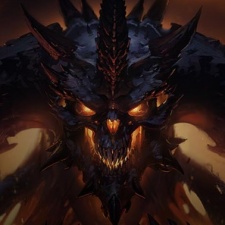 Activision Blizzard has labelled the fan reaction to Diablo Immortal’s mobile reveal as muted during an investors call following its Q3 financial reveal.

The Diablo game, made in collaboration with NetEase, was revealed to be coming to mobile at the peak of Blizzcon 2018.

Fans were not happy and have since made their voices heard. In a video that has since gone viral, one fan reflected the mood in the room and asked the developer if it was an out of season April Fools' joke.

Following the announcement of Diablo Immortal, Blizzard executive producer Allen Adham took part in a press conference and explained that over time the developers had been playing more mobile games, adding that more of Blizzard’s games would be coming to mobile.

That didn’t go down to great either, with a video of the conference sitting at 3.6k dislikes and 132 likes.

On top of this, Activision shares are currently at their lowest since the end of 2017.

As transcribed by Seeking Alpha, president and COO Collister Johnson first told investors that mobile remained the largest and fastest growing platform for gaming in the world.

He then moved onto the topic of Diablo Immortal, playing down reaction from fans and internet trolls.

“And last week, Blizzard announced Diablo Immortal, which will bring this tenfold franchise to a mobile audience in both the east and the West,” said Johnson.

“While fan reaction was muted to the announcement, players' hands-on experience this content confirmed what we believe, which is that Diablo mobile will be a very well received game when it releases and players around the world will love it.”

As Activision Blizzard moved to quell some of the fallout following the announcement, we found there to be a touch of déjà vu about the situation, as mobile remains a dirty word in triple-A.

Blizzard is working on bringing multiple franchises to mobile

Reply
I. C. FOOLS Tech
I wonder why that president and coo didn't take into consideration what Activision/Blizzard is doing is very reminiscent of what Square Enix did by licensing their IP out to a less than desirable mobile app maker, and recognizing how that has worked out for them.

Investors in this kind of thing are a funny bunch - they can and will bail when the strings they use to control their puppets don't work out so well..

Oh, and why hasn't this outlet started trying to prop up their poster child for success' latest venture where they once again they have tried to hide who they really are behind yet another bogus developer name? Are they trying to mitigate that less than desirable reputation they have earned??
Posted 1 year, 4 months ago