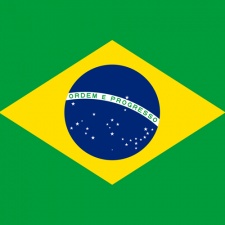 The number of games companies in Brazil more than doubled between 2014 and 2018.

Speaking at Brazil’s Independent Games (BIG) Festival 2019, Sandro Manfredini, president of games industry association Abragames, said the sector began forming around 25 years ago with studios such as Southlogic (1996) and LocZ (1997).

Games industry association Abragames was founded in 2004 in an effort to supporting the growing sector.

Brazilian consumers spent around  $1.5 billion on games in 2018 making it the 13th largest market in the world, according to Newzoo. The country has a population of 211 million, of which 142m are online and 75.7m are considered gamers.

Now in its seventh year, the BIG Festival was first formed as a way to connect the industry, promote games to consumers and drive growth for the local and wider Latin American games industry.

The first edition of the event had an expo and one conference track, featuring four sessions and 12 speakers. Around 4,000 attendees went to the show, with 20 companies taking part.

By the fifth edition, the event had grown to 12 tracks with 129 sessions and 240 speakers. Overall there were 20,000 attendees and 273 companies at the show, 70 of them from other countries. The show helped bring in $19.1 million worth of business.