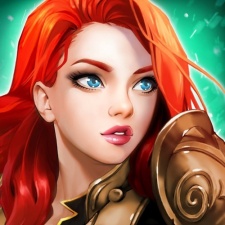 Zynga’s M&A activity that has seen it pick up studios behind titles such as Empires & Puzzles and Merge Dragons has helped the firm achieve its best-ever revenue and bookings for the Q2 financial period.

For the quarter ending June 31st 2019, the Californian-based publisher increased revenue by 41 per cent year-on-year to $306 million. Bookings meanwhile grew by 61 per cent to $376 million.

Overall, Zynga still saw a net loss of $56 million due to the acquisitions of Small Giant Games and Gram Games, though this was $14 million better than its guidance.

Live services were said to be the main driving force for sales, with Empires & Puzzles and Merge Dragons making $70 million in deferred revenue.

Both games achieved record quarters in terms of revenue and bookings, while Words with Friends also secured its best Q2 in the franchise’s history.

Mobile sales specifically brought in $287 million, which was up 49 per cent year-on-year alongside. Mobile bookings grew 69 per cent to $358 million.

Zynga’s advertising revenue claimed its highest Q2 on mobile with $64 million, up 28 per cent year-on-year, while advertising bookings increased by 27 per cent to $64 million.

Zynga product lead Sonja Angesleva will be part of the team of speakers at Pocket Gamer Connects Helsinki on October 1st and 2nd.