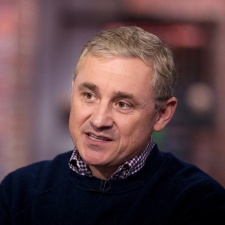 The Q1 financial results for Zynga’s 2022 performance through March 31 have revealed an increase in revenue, active users, and more, with the company ascribing its success to its hypercasual performance and acquisitions strategy.

Zynga’s revenue reached $691 million in the first quarter of this year, marking a two per cent year-over-year increase, up by $11 million from the same period in 2021.

Representing 61 per cent of Zynga’s revenue, GAAP operating expenses were at $424 million, versus 62 per cent in the year-ago quarter. Non-GAAP measure was marginally lower however, now at $549.4 million in contrast to the previous $560.9 million.

In addition to Zynga’s revenue being higher this quarter, company costs were lower with approximately $676 million being spent compared to roughly $686 million up to March 2021. However, the net income loss was $1.5 million higher this year at £24.5 million, and depreciation and amortisation were at $69.2 million compared with last Q1’s $56.5 million.

Costs relating to acquisitions dwarfed that of the same period last year, rising from $1.5 million in Q1 2021 to $12.5 million this quarter due to the completed acquisitions of Small Giant Games and Rollic. Of course, the $12.7 billion acquisition of Zynga itself by Take-Two is currently underway.

"We started off 2022 with a strong quarterly performance, achieving our highest ever Q1 advertising revenue and bookings led by our hyper-casual portfolio," said Zynga CEO Frank Gibeau.

"Through continued execution across all aspects of our multi-year growth strategy including live services, new game development and investments in our advertising platform, new markets and technologies, we are strengthening our position as a leading mobile-first, free-to-play live services company."

Take-Two recently revealed its funding strategy for its Zynga acquisition, which was for the largest sum ever seen in the industry until Microsoft announced its Activision Blizzard acquisition, valued at almost $70 billion.