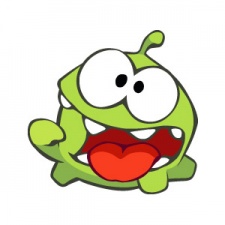 Cut the Rope developer ZeptoLab has announced it’s spinning out the game franchise and its cute character Om Nom into a separate business unit.

Labelled ZeptoLab Green, the organisation will be focused exclusively on growing the Om Nom brand, which includes gaming, animation, licensing, and merchandising.

First seen in 2010 when the original Cut the Rope game launched, Om Nom has featured in five games with over 1 billion downloads, and the Om Nom Stories animations have had 15 billion views.

The first game to be released by ZeptoLab Green is Om Nom: Merge, which will be released for iOS and Android on 28 November.

A co-production with UK studio Amuzo, ZeptoLab Green expects to sign up more similar partnership deals in the coming months.

As for ZeptoLab itself, it will focus on driving the sort of creativity that was behind critically acclaimed titles such as C.A.T.S. and King of Thieves.

These titles were also commercially successful albeit not on the level of Cut the Rope.

You can pre-register for Om Mom: Merge here.