Previous crossovers include Stranger Things and The Avengers 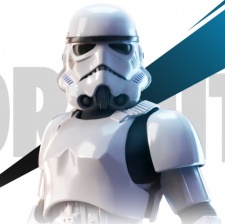 As shown in the reveal trailer, the costume has made its way into the game to celebrate the new game, Star Wars Jedi: Fallen Order - which released on November 15th.

There are two ways in which you can claim the outfit for yourself.

First of all, you can get it as a reward for purchasing Fallen Order from the Epic Games Store. You have until November 2020 to claim the reward.

Alternatively, you can purchase it with Fortnite’s in-game currency, V-Bucks. However, you only have until November 17th to gain the costume this way.

While this may be the first time Epic has featured Star Wars in its game, Fortnite has featured crossovers before.

Earlier in 2019, the battle royale featured Netflix’s Stranger Things - players could jump around the map through portals.

Further previous crossovers include other Disney franchises such as The Avengers.