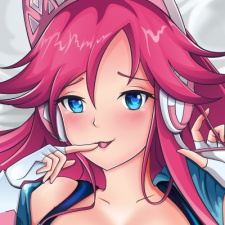 60 per cent of adult games platform Nutaku's player base is now on mobile.

According to the company's website, the number of mobile players has been growing year-on-year since its inception - it launched without a single mobile game, and only 1% of its audience was using a smaller screen in 2016. Last year, 49 per cent of Nutaku users used mobile devices.

Currently, there are 45 million registered players. Nutaku boasts over 400 games and more than 128 million monthly visits. Perhaps unsurprisingly, the audience is male-dominated - Nutaku states that 13 million users are female while a further two million are part of the LGBTQ+ community.

The most popular genre on the platform over the last five years has proven to be dating simulators, closely followed by action-adventure and RPG titles. The least popular category is the visual novel.

In April 2019, a new Android adult games store was opened by Nutaku. Last December, we caught up with Nutaku's Tom Greenwood to discuss the rise of adult games and what challenges the sector is facing.

The adult firm also fronted an investment pot of $5 million for LGBTQ+ games in July 2019.

Nutaku's Tom Greenwood on the explosion of the adult games industry