PGC Digital: Interactive streaming will be the future of gaming

"Viewers are able to contribute monetarily and experientially" 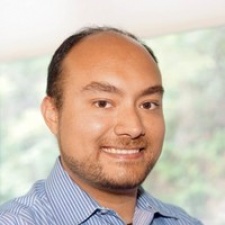 The games industry is ever-evolving; in recent years, virtual reality became a more prominent feature. So, what direction are we heading in next?

Genvid Technologies COO and co-founder Christopher Cataldi explained why interactive streaming is the way forward in his talk 'Interactive Streaming & the Future of Gaming' as part of Pocket Gamer Connects.

This can be a problem for viewers when they watch content creators. If they dip in and out of watching, the game can evolve in a matter of months, leaving them lost.

A key question is how can viewers interact with streams? The answer, according to Cataldi, is that there are multiple ways in which this can be done.

There are three tiers to viewer interactivity. The first – tier-three – is easiest to achieve with little work in comparison to other options. It's informational, meaning it gives viewers stats and data to allow them to keep up with what is happening.

Tier-two is customisable, it still features stats and data, but it also has custom chats and camera to give the viewers familiarity with who they are watching.

Finally, tier-one enables the audience to interact directly with the players – viewers can cheer for the streamers, mainly when a difficult section of the game is coming up, such as a boss fight.

Developers may wonder what tier they should aim for and why they should do it. Well, Cataldi explained it's "different ways of monetising."

"Viewers are able to contribute monetarily and experientially."

PGC Digital: Come together for the You Are Not Alone campaign