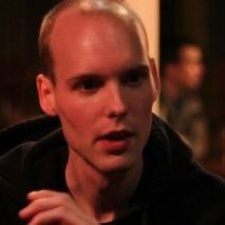 Specifically, Schrijvershof spoke about the studio's bingo game, GamePoint Bingo, which sees an average of 120 minutes of gameplay each day from its audience.

Explaining the title, Schrijvershof said that he had witnessed a news story recently about drivers crashing into a harbour because they were blindly following their GPS, which displayed an error and ended in accidents.

He went on to explain that GamePoint likes to be in constant dialogue with community managers and the support teams, even doing live Q&A sessions and surveys, all to find out what the community actually wants - especially handy with the "very opinionated" audience that plays its bingo game.

The studio has even run offline events, including one where players who had met over GamePoint Bingo were treated to a Valentine's Day dinner on GamePoint to thank them for playing and sharing their story.

Schrijvershof also noted that the game has no progression system due to it being 15 years old, so the team has had to develop new strategies to introduce progression on top of the existing game, including a Candy Road event.

The first time this event was run, the studio received "great player feedback" and increased KPIs, but after running another two times, it saw diminishing returns. To work out why, the team sent out a survey direct to players, received a ranking from their feedback, and used this data to inform the next iteration of the event.