Part of the company's shift to enterprise 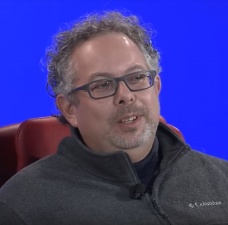 Rony Abovitz will leave his position as the CEO of troubled AR firm Magic Leap later this year.

As announced in a statement, the decision comes as part of the company's plans to revitalise and draw a new path to success. However, the executive will remain on the board to "provide strategy and vision."

"As the Board and I planned the changes we made and what Magic Leap needs for this next focused phase, it became clear to us that a change in my role was a natural next step," said Abovitz.

"I discussed this with the board, and we have agreed that now is the time to bring in a new CEO who can help us to commercialise our focused plan for spatial computing in enterprise. We have been actively recruiting candidates for this role, and I look forward to sharing more soon."

Abovitz continued: "I will remain our CEO through the transition and am in discussions with the board with regards to how I will continue to provide strategy and vision from a Board level. I remain super excited about Magic Leap's future and believe deeply in our team and all of their incredible talent and capabilities."

Last month, the augmented reality firm laid-off employees at "every level" after the coronavirus forced the company to reevaluate how it operates. In December 2019, it was reported that multiple staff members were let go after Magic Leap's new headset failed to meet expectations.

However, earlier this month, there were reports that the American firm had raised $350 million in funding.