Follows layoffs the company announced exactly a month ago 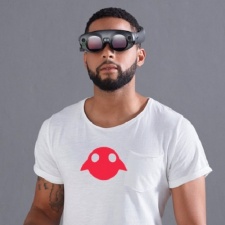 That's according to Business Insider, which reports that this cash is coming from a mixture of old and new investors. The company officially announced the investment yet.

This comes one month after Magic Leap said that it was laying off people across its workforce due to the COVID-19 coronavirus. In a letter to staff, the firm's CEO Rony Abovitz (pictured) said that there was unlikely to be further layoffs and that the Worker Adjustment and Retraining Notice (WARN) that employees received in April has been withdrawn. This makes it sound like those layoffs that were announced last month aren't going ahead, but that's not clear just yet.

Digging by PCGamesInsider.biz revealed that the biggest cut to Magic Leap's workforce was going to be at its Plantation, Florida headquarters, where the company filed a WARN notice for 402 members of staff, as well as a single employee at its Orlando operation. 39 employees were set to lose their jobs in the state of Washington, while 23 roles were set to be cut in Texas.

The job losses weren't limited to the United States, with staff at Magic Leap's Swiss offices being made redundant, too. Going off LinkedIn – so take this with a pinch of salt – eight employees at the firm's Israel branch lost their jobs, while it looks like three roles have been cut at the firm's Toronto, Canada branch. Magic Leap's London studio has lost ten members of staff.