HyperBeard agrees to a $150,000 settlement with the US FTC 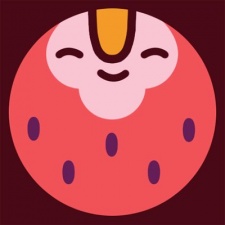 HyperBeard has agreed to pay a $150,000 settlement to the US Federal Trade Commission (FTC).

The FTC filed a complaint against the developer as it believed the studio violated a Children's Online Privacy Protection Act Rule (COPPA Rule). Allegedly, HyperBeard allowed third-party networks to gather data on children through apps such as KleptoCats – which is designed for a young audience – without parental consent.

There was a $4 million penalty involved in the settlement, but it will be suspended after the $150,000 due to the developer being unable to afford it. However, should HyberBeard or its CEO Alexander Kozachenko have misrepresented company finances they will need to pay the full amount.

The FTC has claimed that not only was the developer aware that kids were playing its games, but the studio actively encouraged it through app promotions on YayOMG, an entertainment website for kids.

On top of the monetary settlement, HyperBeard is required to both notify and gain consent from parents for games that collect personal information on those under the age of 13.

"If your app or website is directed to kids, you've got to make sure parents are in the loop before you collect children's personal information," said FTC Bureau of consumer p[rotection director Andrew Smith.

"This includes allowing someone else, such as an ad network, to collect persistent identifiers, like advertising IDs or cookies, in order to serve behavioural advertising."