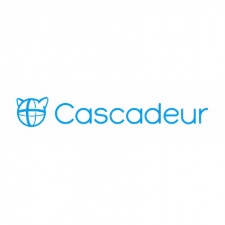 Russian developer Nekki has made its open beta animation software Cascadeur free for commercial use.

Designed for games and movies, the beta can be signed up to through the company's online booking tool. allowing users to utilise the physics-based character animation software. No license fees are required either as part of the agreement.

More than 18,000 people have participated in the closed beta test and downloaded the software since Cascadeur's announcement in early 2019. A survey conducted by Nekki in April 2020 found that 85 per cent of Cascadeur's beta users believe that the tool will play "an important role in their future projects".

"After using it, I'm convinced physics-assisted animation tools will soon be an expected standard."

The latest update brings in a new core architecture that is said to make Cascadeur much faster and efficient, rig improvements - such as the ability to drag or rotate the centre of mass without fixing it and improved interpolation - as well as enhancements to its rig creation tools.

Following on from this, Nekki plan to launch a beta-version for its Graph Editor as well as enable Python scripting for better and more varied customisation options.