One of 15 tracks at the show 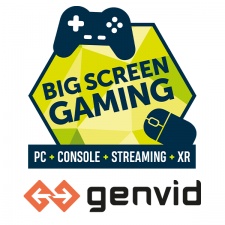 Jason has led teams and provided product, design, and UX direction both as a sought after consultant and as a studio leader at Amazon, Big Huge Games, Disney, Microsoft, and Zynga.

Reach out for help with your prototype, alpha, soft launch, beta, or already live game. They can help you:

Less than a week remains until Pocket Gamer Connects Helsinki Digital, which takes place between September 14th and 18th.

Pocket Gamer Connects Helsinki Digital will continue our string of successful digital events. Yet again, we will provide excellent panels, interesting talks, and fringe events, and we have improved upon the meeting system since our last go around.

The number of tracks has increased for our Helsinki event. We have 15 insightful tracks for attendees to take in – subjects include growth, esports, live ops, global trends, Blockchain and big screen gaming.

Every day we will look at each of the 15 tracks in turn. Today is Big Screen Gaming.

9:00 - The track begins with an update on what Microsoft's ID@Xbox team is up to, with a talk from director of global partnership management ID@Xbox Agostino Simonetta.

9:30 - Next up, Ubisoft RedLynx expert online programmer Chris Hong will be talking about a good thing to know when developing real-time multiplayer games.

10:00 - Paladin Studios CEO Kay Gruenwoldt is next to the stage, talking about plotting a path through "interesting" times one year later.

10:30 - BIP regular Rob Hewson of Huey Games then takes us through an introductory look at developing games for the Nintendo Switch.

11:00 - Everyone wants their games to sell, but how many copies will you really shift? Resistance Games creative director Jussi Autio will help you on that front with a talk on making sales predictions for premium PC games.

11:30 - Our first panel of the day will consider the question of how long is too long for a game. Smilegate product manager Jiwon Kim and Stumbling Cat CEO and creative director Renee Gittins are joined by Epic Llama game designer Hernan Lopez and Raw Fury Games producer Liam O'Neill for the discussion.

12:20 - Rounding out the morning is a superstar session from Genvid Technologies director of developer relations Chris Hamilton on designing for interactive games streams and incorporating viewers into your vision.

15:00 - The afternoon kicks off with Tower Studios CEO Jon Hare giving a keynote on creating, developing, and licensing a cross-platform IP.

15:30 - Teravision Games CEO and founder Enrique Fuentes is up next to tell an indie story of developing a game for VR.

16:00 - League of Legends was only the starting point for Riot Games - join Riot Forge head Leanne Loombe to find out more about how the developer is growing the IP.

16:30 - Next up, Niko Partners senior analyst of esports Alexander Champlin will be talking about the PC and console market in Asia and the influence it's having on the esports scene.

17:00 - Destiny 2 executive producer Dan McAuliffe is joining us for a fireside chat about managing production on a game during a crisis, joined by PCGamesN deputy editor Richard Scott-Jones.

Check out the full schedule to see the complete range of impressive speakers attending. You can also check out our other track rundowns and coverage of previous Pocket Gamer Connects conferences ahead of the event itself.