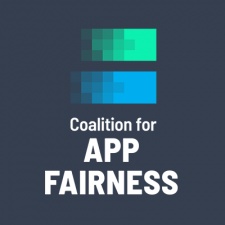 App developers have teamed up, launching the Coalition for App Fairness (CAF) to fight against Apple and its strict control over the App Store.

The companies above include Epic Games – who is currently embroiled in a bitter court case with Apple – Deezer, Spotify, the European Publishers Council, Match Group and News Media Europe.

A non-profit organisation, the CAF wants Apple to reform various policies in place for the App Store, including legal and regulatory changes.

Moreover, it wants the tech giant to preserve consumer choice, and an even playing field for all app developers.

"As enforcers, regulators, and legislators around the world investigate Apple for its anti-competitive behaviour, The Coalition for App Fairness will be the voice of app and game developers in the effort to protect consumer choice and create a level playing field for all," said Spotify head of global affairs and chief legal officer Horacio Gutierrez.

It is no secret that Apple, and Google for that matter, take a commission – 30 per cent – for purchases made via their respective storefronts.

However, this happens to be one of the reasons for Epic's fallout with both companies, as the Fortnite creator introduced a new payment option to its battle royale, conducting business directly with its players.

As a result, Apple and Google could not take a commission, resulting in the battle royale being removed from the App Store and Google Play.

"We are joining the Coalition for App Fairness to defend the fundamental rights of creators to build apps and to do business directly with their customers. We are an advocate for any company that's ready to reclaim its rights and challenge the anti-competitive behaviours that exist on app stores today."

Those who have joined the CAF share similar thoughts, one of which is that all developers should be treated equally. Furthermore, if Apple wishes to compete with those that use its storefront, it should adhere to the same rules.

"If Apple chooses to compete with developers on its platform, it should do so according to the same rules," said Kirsten Daru, VP & General Counsel at Tile.

"Instead, Apple leverages its platform to give its own services an unfair advantage over competitors. That's bad for consumers, competition, and innovation. Tile joins the Coalition for App Fairness to level the playing field so developers can innovate in a fair marketplace and so consumers can benefit from true competition."

For more information on the Coalition for App Fairness, you can visit its website here.