PGC Digital: How to get your game ready for the MENA region

"The better you adapt to different cultures, the better chance you have of attracting more users" 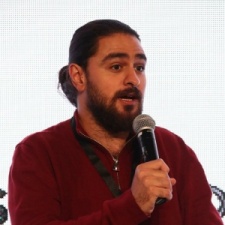 Given the MENA market is on the rise, developers must understand what the region is after when it comes to games.

As part of Pocket Gamer Connects #4, Play 3arabi CEO and co-founder Joseph Shomali took to the stage to discuss how to make your game ready for the MENA region.

Overall, the MENA region has 18 countries with a population of 400 million. Moreover, there are 250 million internet users and 170 million smartphone users.

Surprisingly, there is a lack of content in Arabic with it accounting for just 0.9 per cent of internet content, despite being one of the top five spoken languages worldwide.

More games happen to support the Greek language than Arabic, despite there being a lot more Arabic speakers in the world. However, this presents an opportunity.

MENA has been described as "the fastest-growing market in the industry." By 2022, the MENA market is expected to be worth $6.82 billion.

It is essential to adapt the game, not just localise it. For example, it is vital to understand the culture within the MENA.

"The better you adapt to different cultures, the better chance you have of attracting more users," said Shomali.

As such, you need to make sure that the names and story have been adapted to better make sense in the region that you are entering.

When it comes to Arabic text, upon localisation, the writing needs to be connected.

"It is hard for someone that does not have a background with the language to realise that something is wrong," said Shomali.

Furthermore, graphics should be designed to match the culture, as should character voice-overs. For example, people prefer things that are familiar to them, or rather "culturally relevant." One such example would be to keep the game the same, but change up the characters to better match the region.

Furthermore, screenshots and icons should also be adapted to match the region.

There are various things to consider when it comes to monetisation in MENA. For example, the region likes VIP; consumers are also partial to packages and offers.

Moreover, when it comes to live ops, developers must remember to adapt events, offers, personas and customer support.

"The more multiplayer and social features you have, the more successful your game will be," said Shomali.

However, it is important to be sensitive to different issues, such as alcohol, religion, drugs, politics and gambling. In MENA, religion, drugs and politics should be avoided to be accepted within the region.