Wormhole is the latest addition to Jinke’s entertainment portfolio 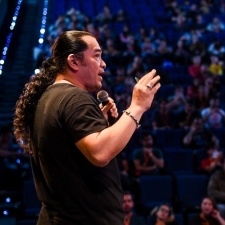 Jinke Culture recently announced the launch of Wormhole, its new game publishing label. On a mission to work with the best global developers and bring world-class games and IPs to the Chinese market, Wormhole – led by CEO Monte Singman – will help smash-hit titles like Talking Tom and Friends get even closer to fans in China.

Game industry veteran Monte Singman brings over 30 years of experience and success to his role at Wormhole. Leveraging Singman’s expertise and Jinke’s deep understanding of the Chinese market, Wormhole is ideally positioned to revolutionise the experience of developers looking to establish their games in the region.

Singman explained: “The Chinese market accounts for around half of the global consumer spend on mobile apps. However, it's been notoriously tricky for international developers to break into. That's something that Wormhole is hoping to change, and it's well-positioned to do just that.”

Wormhole is the latest addition to Jinke’s entertainment portfolio. The company already owns Outfit7, the multinational entertainment company best known for the global entertainment sensation, Talking Tom and Friends. Outfit7’s latest game, My Talking Tom Friends, topped global charts and was one of the most downloaded games worldwide in summer 2020. Already a leader in the Tamagotchi and runner game segments is also currently one of the Top 3 companies in China for in-game advertising revenue.

To find out more about Wormhole, and take the first step towards getting your game published in China, click here to visit Wormhole’s official website: http://www.wormhole.biz.

Founded in 2007 and listed on the Shenzhen Stock Exchange in May 2015, Jinke Culture is a publicly-listed company with a market cap of 2.2 billion US dollars. As an internet ecotype enterprise, it develops online and offline products in the arenas of entertainment and education. Jinke’s portfolio also includes global merchandising and licensing, and theme parks. In 2017, it acquired Outfit7, the multinational entertainment company behind the globally-popular Talking Tom and Friends brand and an industry leader in the global gaming sphere.