Google employees rally together to form the Alphabet Workers Union

"Our goals go beyond the workplace questions of 'Are people getting paid enough?' Our issues are going much broader" 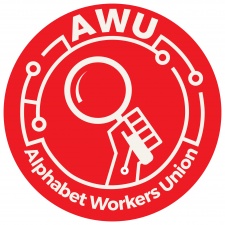 Google employees have banded together to form the Alphabet Workers Union.

As reported by The New York Times, the group has been formed in affiliation with the Communications Workers of America. Furthermore, the union was formed in secret over the past year.

Currently, over 400 members of Google's staff are already on board with the organisation. Moreover, Alphabet now has more than 260,000 workers and contractors.

"Our goals go beyond the workplace questions of 'Are people getting paid enough?' Our issues are going much broader," said Alphabet Workers Union leadership council vice-chair Chewy Shaw.

"It is a time where a union is an answer to these problems."

Google's director of people operations, Kara Silverstein, responded to Shaw's comments with: "We've always worked hard to create a supportive and rewarding workplace for our workforce. Of course, our employees have protected labour rights that we support.

"But as we've always done, we'll continue engaging directly with all our employees."

As detailed in its mission statement, the Alphabet Workers Union is open to all employees, be they full-time, temporary, vendors or contractors.

The union has several aims, one of which is to ensure that Alphabet and its subsidiaries are equitable and act in an ethical way.

Moreover, bigotry, harassment and discrimination have no place in a work environment. Thus, the Alphabet Workers Union will work to combat such misconduct.

"We will use our reclaimed power to control what we work on and how it is used. We will ensure our working conditions are inclusive and fair," reads the mission statement.

"There is no place for harassment, bigotry, discrimination, or retaliation. We prioritise the needs and concerns of the marginalised and vulnerable. Workers are essential to the business. The diversity of our voices makes us stronger."

Union's within the games and tech industries are relatively uncommon. However, organisations such as the Communications Workers of America have campaigned to bring unionisation to those industries.