"From our perspective, at Tenjin, we never believed in the pricing based on attributed installs" 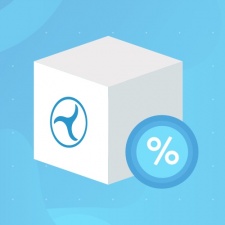 Mobile app marketing firm Tenjin has launched a closed beta for the first stage of its iOS 14.5 solution, known as Attribution Modeling.

The first stage of the closed beta will allow anyone that has signed up to Tenjin to receive 'SKAdNetwork Conversion Values' reporting for free. This was shared in detail by marketing director Roman Garbar in a blog post.

Over the last few months, a number of app developers have seen increases in price and fixed one year-contracts to obtain the same benefits - however, Tenjin looks to combat this, believing that all 'SKAdNetwork Conversion Values' should become available for everyone.

Tenjin aims to "minimise the impact" of iOS 14.5 and the numerous changes that are being implemented by Apple. The idea is that the App Store compliant will measure advertising performance using LTV (lifetime value) and ROI (return on investment), which are described as the main KPIs for understanding effective advertising.

It was noted that conversion values will only be available for ad networks that support SKAdNetwork campaigns and that are integrated with Tenjin. Ad networks that are already being tested include Snap, Ironsource, Unity, Applovin, Tapjoy, Vungle and Mintegral.

"From our perspective, at Tenjin, we never believed in the pricing based on attributed installs and the changes in the industry are only backing up our initial beliefs," said Tenjin CEO and co-founder Chris Farm.

"After the WWDC announcement, that iOS 14 users need to opt-in to get users' IDFA, it became evident for us that even the term 'attributed install is going away."

The attribution modelling roadmap overview has been laid out as below:

To find out more, head to Tenjin's official website for more details on tools and training for app developers. Alternatively, you can reach out support@tenjin.com for preparation help with iOS 14.5.

Tenjin platform director Matthaus Krzykowski previously spoke about the big changes that are set to arrive in the games industry in 2021 - specifically surrounding iOS 14.