Believed to be a pre-recorded online only event 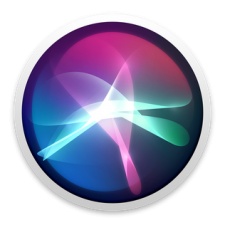 Apple artificial intelligence Siri has revealed that the tech giant has an event penned in for April 20th.

MacRumors reports that when being asked "when is the next Apple event," Siri is offering a premature response.

"The special event is on Tuesday, April 20th, at Apple Park in Cupertino, CA. You can get all the details on Apple.com," Siri said.

It is expected that the upcoming event will be both pre-recorded and online-only, meaning there will be no one in attendance.

As pointed out by MacRumors, Apple tends to send out press invites one week before the event takes place. By that logic, official confirmation should occur today.

However, what exactly will be unveiled is not clear, though new iPad Pro models would appear to be a safe bet.

Last month, the iOS creator confirmed that its annual Worldwide Developers Conference would return this year. However, it will be an online-only event.

WWDC 2021 will take place from June 7th-to-11th and will be free for all devs to attend.