Taylor has also been placed on the Sex Offenders Register 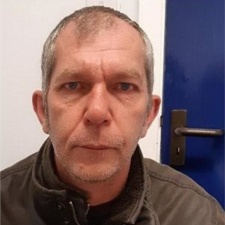 Former Jagex employee Ian Taylor has been charged and sentenced for the sexual assault of a girl under 13.

According to Cambridgeshire police, the incident happened in December 2020, however, it was only recently reported after the victim disclosed the information to a family member.

Taylor admitted to the offence earlier this week and received a prison sentence of one year and 10 months. He told officers that at the time of the offence he was drunk and also feeling depressed at the time. Cambridgeshire police stated that Taylor appeared remorseful and admitted that touching the girl was inappropriate.

One year and 10 months

"Jagex expects the highest standards from its staff and we act decisively if those values, that we hold dear, are not reflected in the behaviour of employees. The person in question no longer works at Jagex and was dismissed when the circumstances of the allegations came to light in March 2021," Jagex said in a statement (via Kotaku)

"We have conducted an internal review of the employee’s interactions with staff and any players he may have come into contact with during his time at Jagex. We have found no evidence that might prompt further investigation at this time."

In addition to the sentencing, Taylor has been placed on the Sex Offenders Register and given a Sexual Harm Prevention Order for the same duration to monitor future behaviour.

Taylor began working at Jagex in 1999 in a customer service role and later as an audio designer from 2003 until his dismissal from the company in March this year. Taylor was responsible for composing the majority of the music for Runescape.