Number one free app on iOS in US, with 7 million downloads and zero UA spend 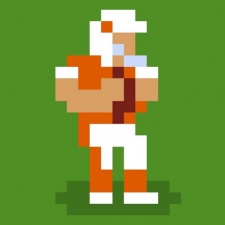 UK-based indie sports video game developer New Star Games has found unprecedented success in the US with one of its latest titles, Retro Bowl.

Retro Bowl is a retro-style American football mobile game, in which players call the shots for their very own NFL team.

Retro Bowl was first launched in January 2020 ahead of the Superbowl, which the team attribute to its US release success.

As a result, the game entered the top 100 free sports games in the US and developed an active community, which has continued to thrive.

However, Retro Bowl’s true road to glory did not begin until September 2021, when the game was featured on the App Store ahead of the US football season.

New Star Games received feedback that Retro Bowl was being played frequently in US schools, which could be correlated to popular TikTok videos that featured the game.

Similarly, unlike most games where user numbers are highest at the weekend, Retro Bowl’s DAUs rise steadily throughout the week and drop off at the weekend. This further suggests that the game is vastly popular in US schools, and nods to the power of TikTok and word of mouth.

"The game was released in February 2020 after all and was already doing very well relatively speaking. Since the start of this NFL season though things have sky-rocketed.

"After an Apple feature and several updates the game seems to have caught fire with school-aged players. It has now had over 7 million downloads, with more than a third of those coming in the last month, and without anything spent on user acquisition. Perhaps most rewarding though is the 4.8 review score after nearly a million reviews."

On Android, the game is slowly but surely catching up and is currently the number one free sports game in the US.

As mentioned above, New Star Games did not spend anything on user acquisition, making this feat even more remarkable, especially for a UK-based studio.

Top 10 games industry jobs to apply for this week